Aimi’s first DVD was published on August 25, 2012. The genre of the video is Chaku-Ero. 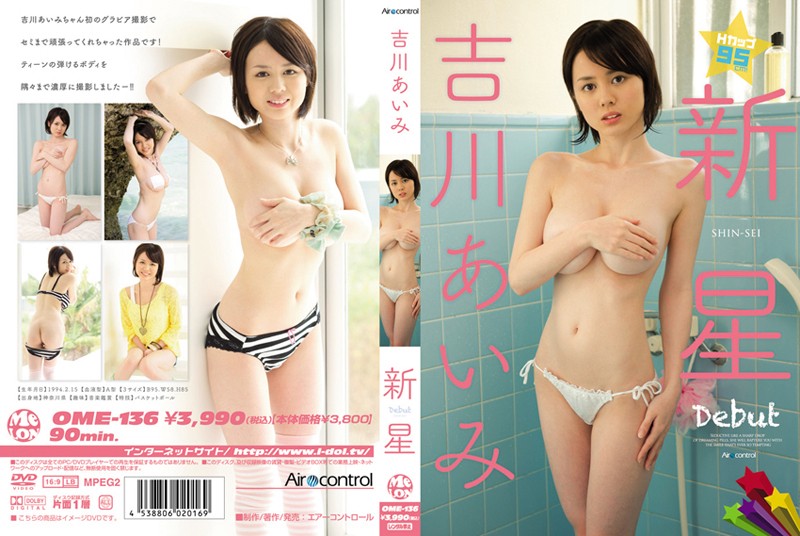 When she was in the 9th grade, she appeared in a corner “Pheromone Junior-High Girls” in a variety show “Shibusuta S.B.S.T.” of TV Tokyo. In the program, she used her real name Anna Toida (戸井田 杏南). Since she was born in Shonan by the sea, she was called “Pheromone Surf Girl”. In February 2011, the first filming of her image video was carried out in Shirahama, Chiba, Japan. In May, the first image DVD “The lips of Ancho” was released.

Mai Nishida (西田 麻衣, Nishida Mai, born March 23, 1989 in Kyoto) is a Japanese gravure idol and actress. In 2006, she was awarded Grand Prix among 3152 girls in “Swimsuit Gravure Audition” by Space Craft Group. She debuted in “Weekly Young Sunday”. She was “Miss second semester, 2006″ of YS Otome girls’ school. She is an “image model” of a fashion brand, KIKS TVD.

Misato Kashiwagi (柏木 美里, Kwshiwagi Misato, born January 20, 1984 in Chiba) is a race queen and gravure idol. After graduating high school, she proceeded to study in a nurse college, and became a hospital nurse. However, a race queen was her dream from high school days, and in 2006, she quit her job and engaged with a show business company. In 2007, she became a race queen as a “Super GT Calsonic lady”.

Nana Ozaki (尾崎 ナナ, Ozaki Nana, born September 12, 1982 in Osaka) is a Japanese gravure idol. Her management company is Artist Box.
When Nana was in elementary school, she was impressed by Yumi Adachi and dreamed of being an actress.
In 2077, she was once fired by Artist Box, because her nude pictures were published in “FLASH” magazine without permission. Now she is again working with Artist Box.

Kokone Sasaki (佐々木 心音, Sasaki Kokone, born May 22, 1990 in Tokyo) is a gravure idol, actress, and singer. She writes and composes her own songs.

When she was a teenager, she acted as a stage actress. From the spring of 2010, Kokone started singing with her mother, Hiroko Sasaki, in a music unit CO906.

Rei Toda (戸田 れい, Toda Rei, born February 9, 1987 in Tokyo) is a Japanese Gravure idol and actress. Rei was awarded second grad prix and Photogenic award in “Miss Mobage Grad Prix ’09″ contest. She likes sports such as tennis, horse riding, boggy board. She plays the guitar. She was lefty, but her mother fixed it, although she plays sports mainly with her right hand.